Shaolin Temple UK is a martial arts school and centre for study of Shaolin culture, in particular Gong Fu-Ch’an, Qi Gong and Ch’an Buddhist Meditation. It was founded in 2000 by Shaolin monk Shifu Shi Yanzi, and is located in North London England, between the Tufnell Park and Archway Northern Line tube stations. Shaolin Temple UK is an official emissary of the 1,500 year old Shaolin Temple in Henan Province in China, by direct mandate from the Abbot Venerable Shi Yong Xin. 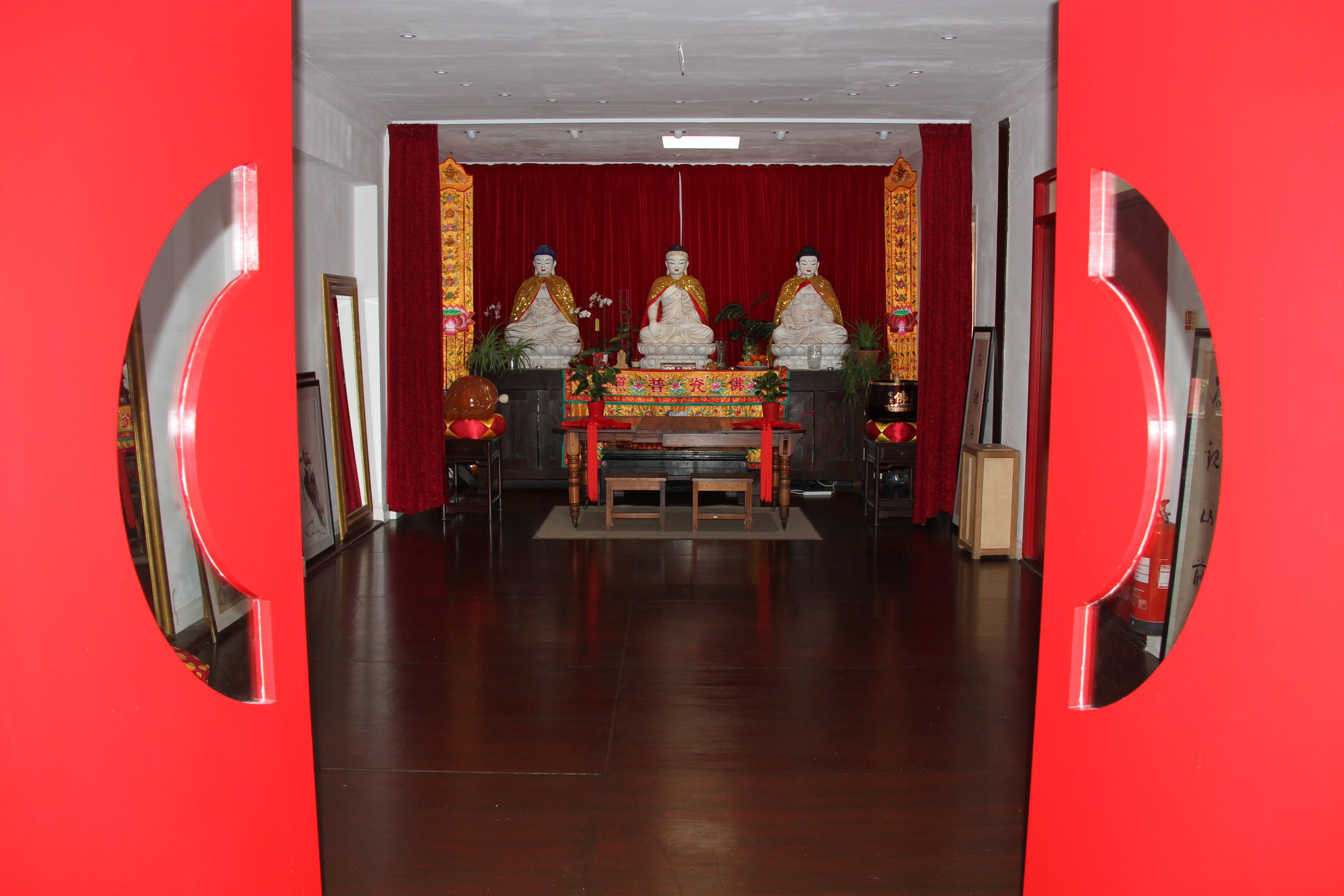 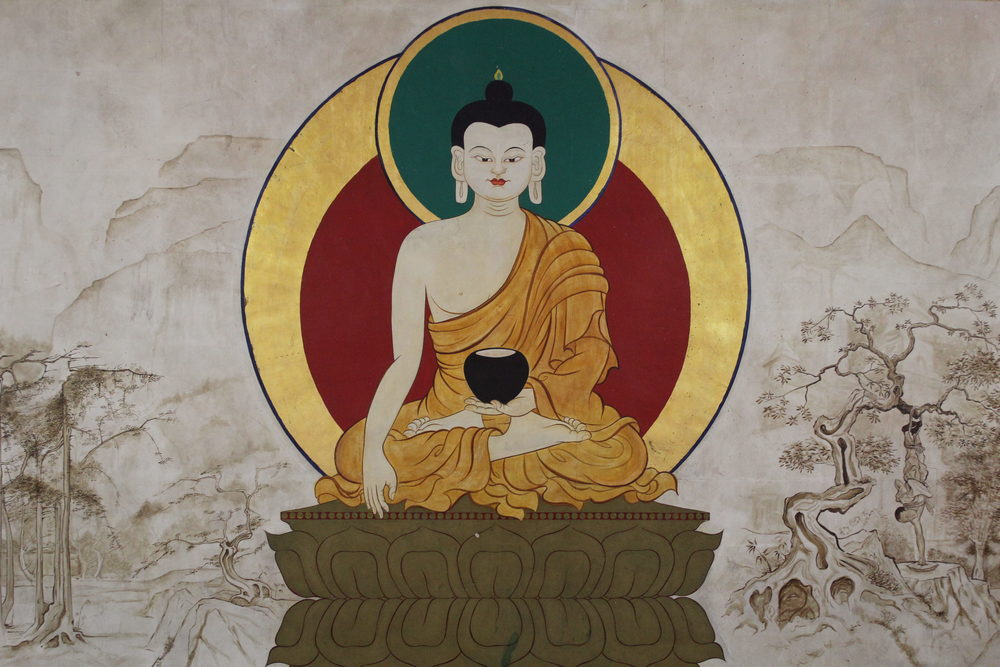 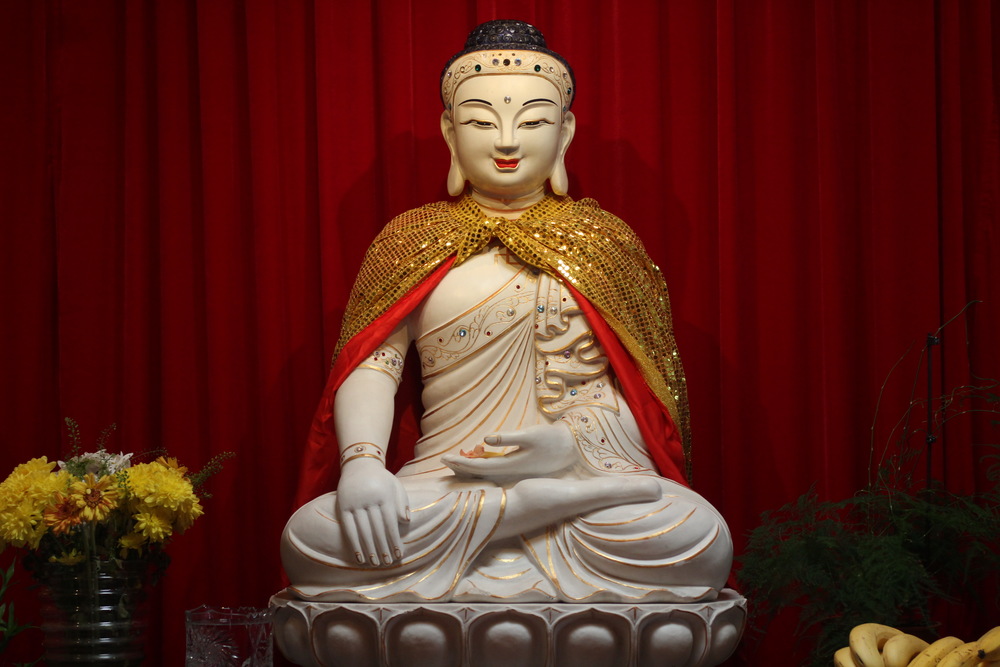 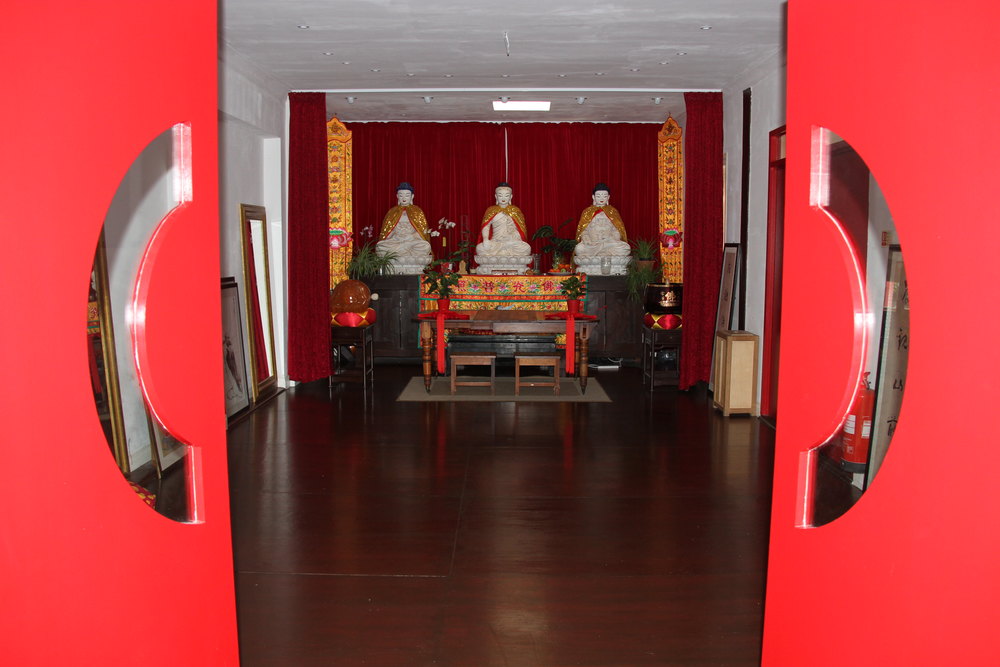 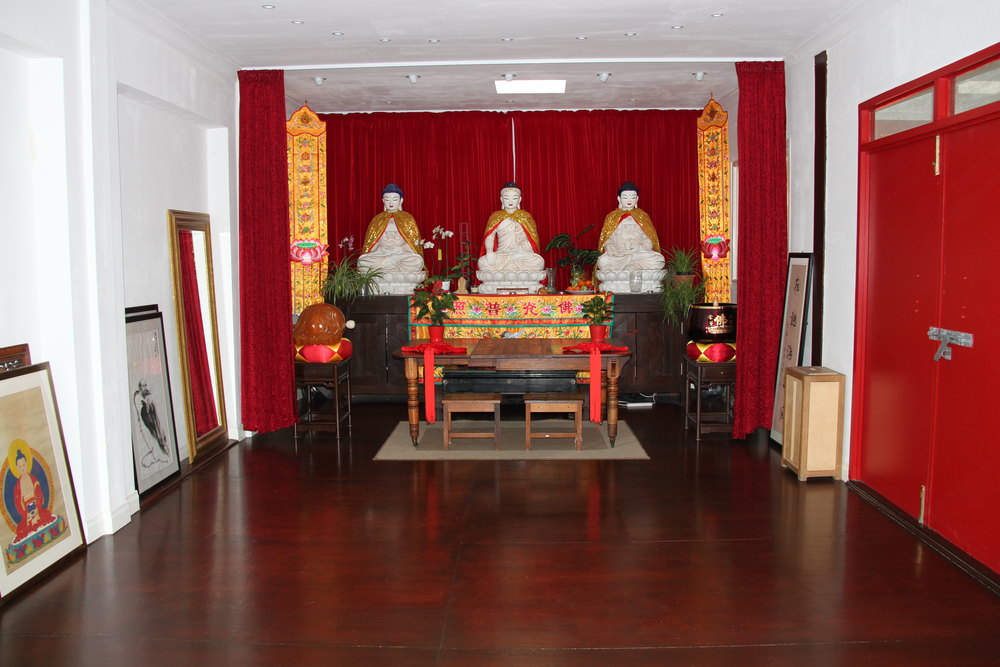 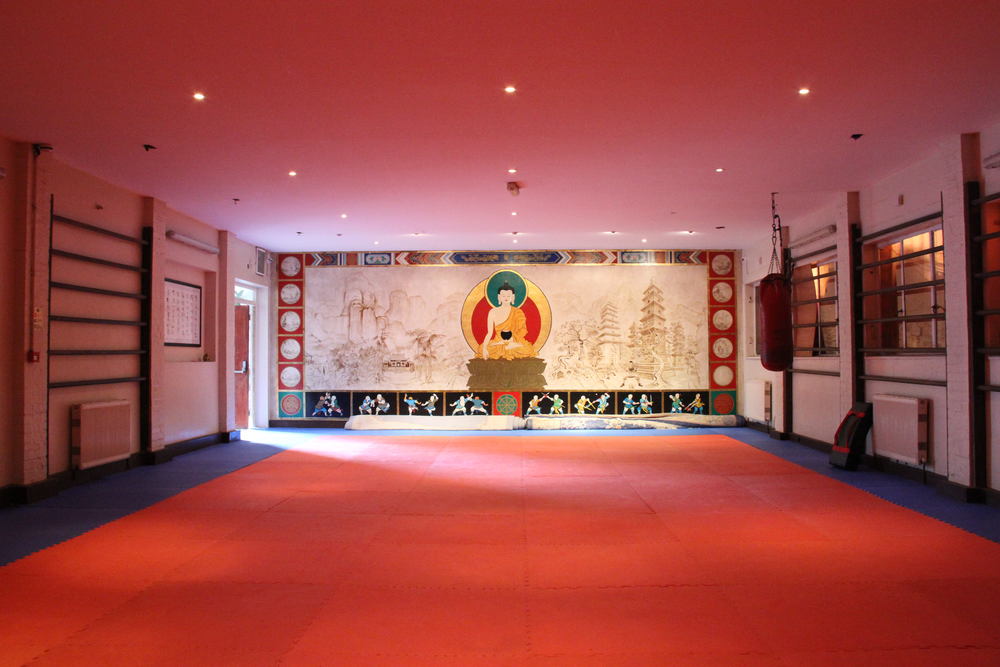 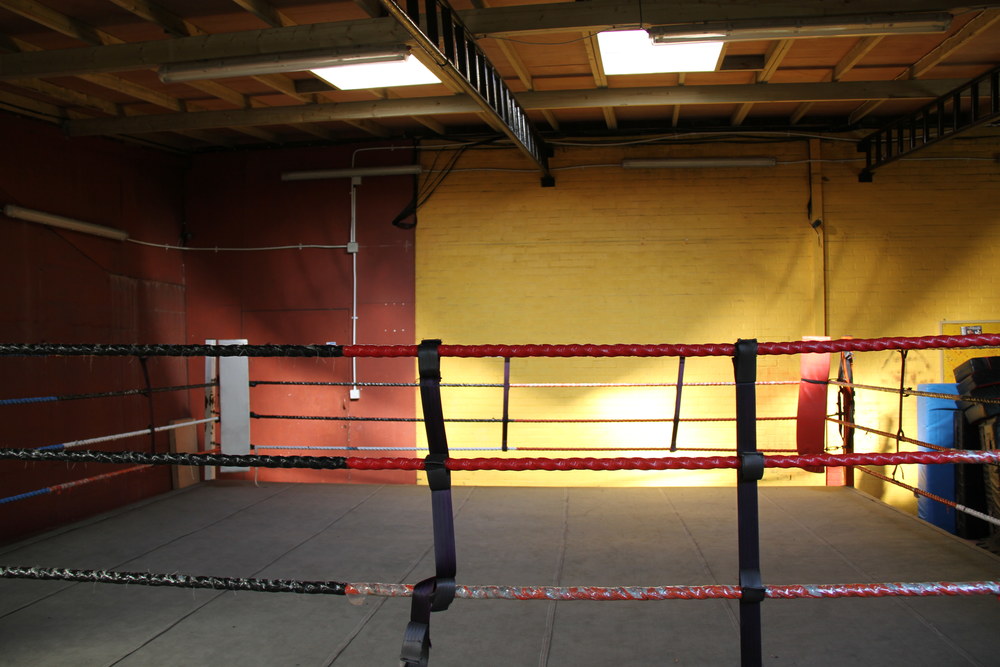 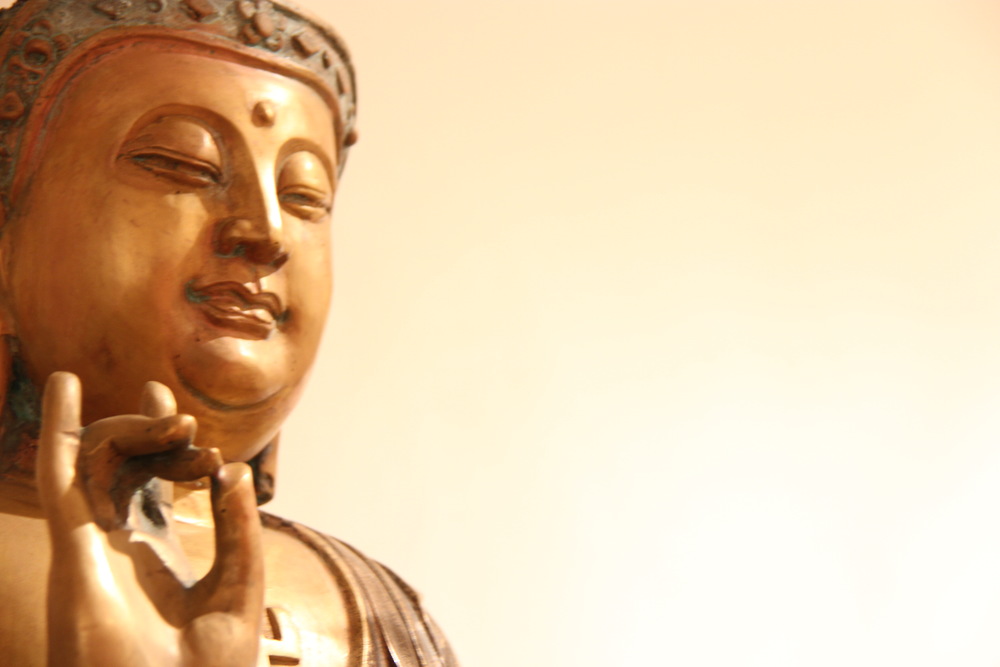 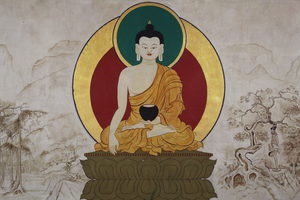 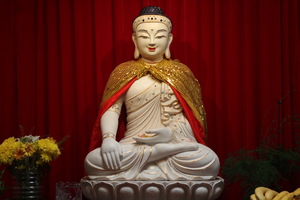 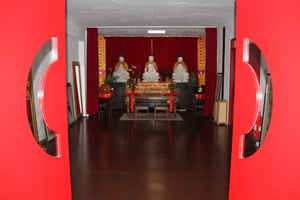 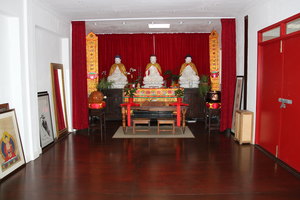 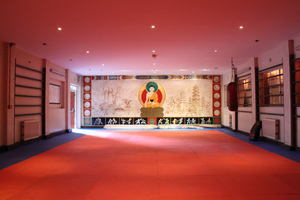 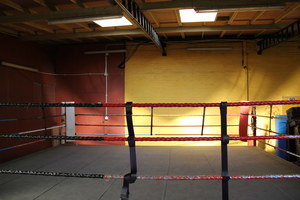 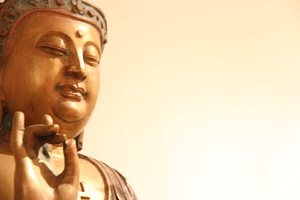 Classes are taught by Shifu Shi Yanzi, and his Shaolin disciples who include disciples from Shaolin in China, and western students. The school emphasises balanced training both in the external and internal martial arts. Students typically train both in Gong Fu and Qi Gong.

Shaolin Temple UK is most well known for Gong Fu (or Kung Fu), and participates in national and international fighting competitions, as well as interclub fights with Muay Thai fighters. Gong Fu classes focus on Sanshou training – one to one hand-to-hand combat – which can be considered to be China’s form of kickboxing. This is the style of fighting which the temple’s students use in competition. The temple’s founder and main teacher Shifu Yanzi was Chinese National Champion for 15 years in the art. Students first train for three months in “Preparation” class, with a focus on building strength, stamina, flexibility, and learning fundamentals. Beginner level students train without contact. Students are encouraged to try to pass a quarterly grading exam at their first opportunity. Shaolin Temple UK’s higher classes are semi-contact and full-contact, students train with gloves and pads, and also spar. Learning Gong Fu Today Gong Fu has a long history and everyone agrees that the original Gong Fu is from China to learn Gong Fu people understand the need to learn forms – fist, weapons, dual person etc because hidden inside the forms are applications and techniques. That’s why people learn forms and why when they learn forms they can be good at Gong Fu. But people forgot that to learn Gong Fu you need to gain Gong Fu. Learning Gong Fu and gaining Gong Fu are different.Now many people keep learning but do not try to digest/ assimilate. They do not go deep enough. Maybe they know some application as well but they did not prove this by real combat. They think they are too good or scared to prove so just stay in one place going round in an endless circle. Then some in this position start to teach and teach the same thing so many people stay in the same area.There are three ways to teach/learn most people follow the wrong way than the right way. That’s why there are not very many successful Gong Fu practitioners. We hope more people go to the right way if they want to gain good Gong Fu.

The true character of everything including Gong Fu is change. It is the nature of humans to try and resist this but in order to clean your mind you must join with nature and accept this fundamental natural law.

Water in a cup is kept separate from everything else but if you pour it onto the ground it becomes a part of the earth.

Breaking key in a lock Chan is an amalgamation of the three main influences in Chinese culture – Confucianism, Daoism, Buddhism in one culture of China Sacrifice is necessary to find the key to go forward. If someone understands this then the necessary training is no problem. Not compatible with modern life ( but more comfortable with life). Of course it is necessary to accept that people live in the real world but at the same time it is possible to find the key. Heart of Chan / human / gong fu Heart + character In order to learn something you must know its your heart + character. 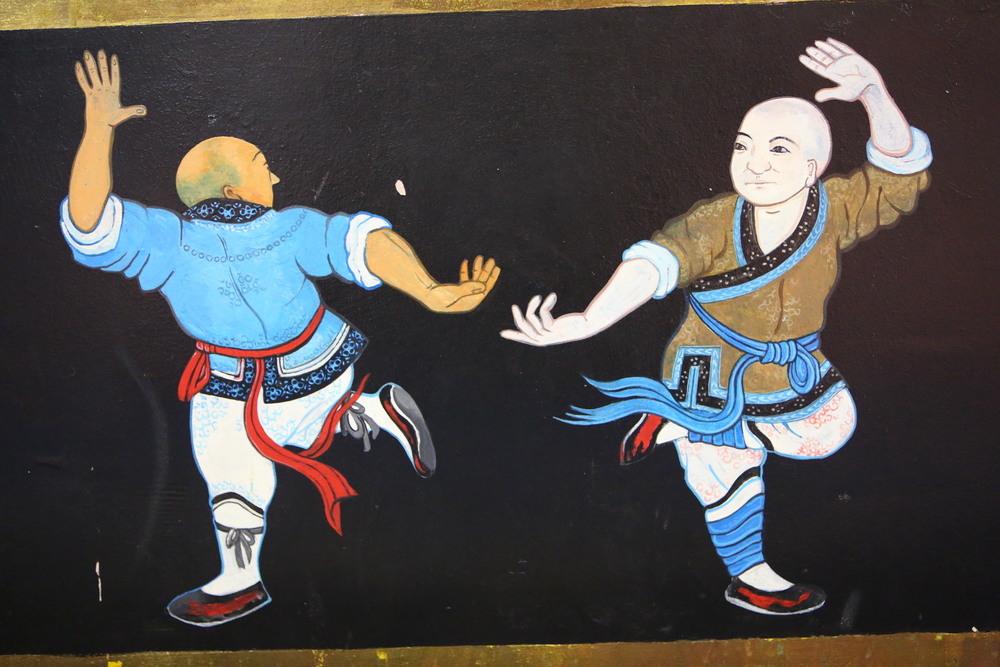 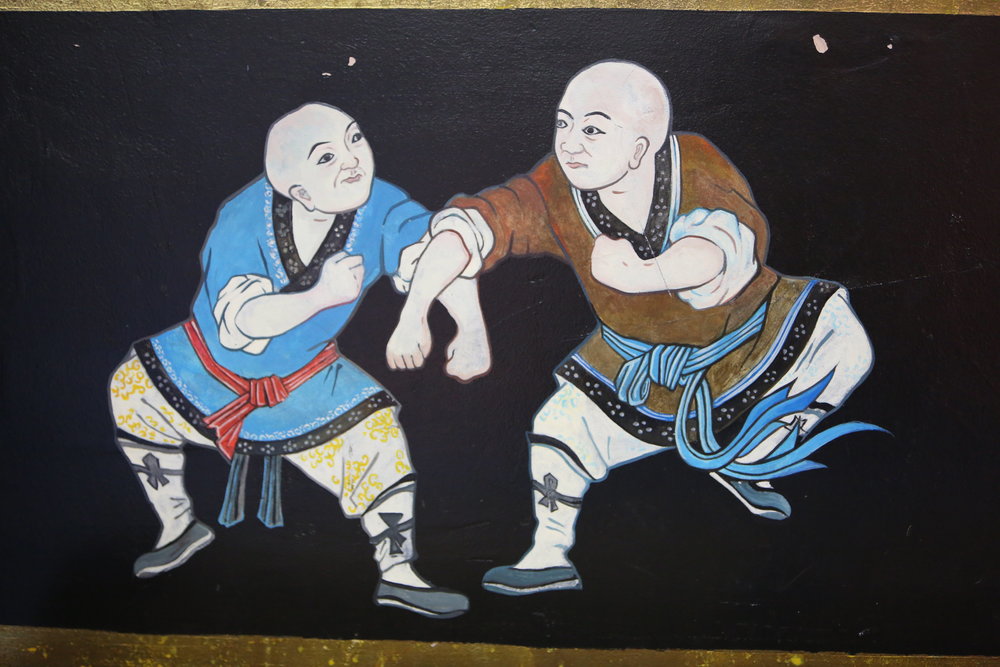 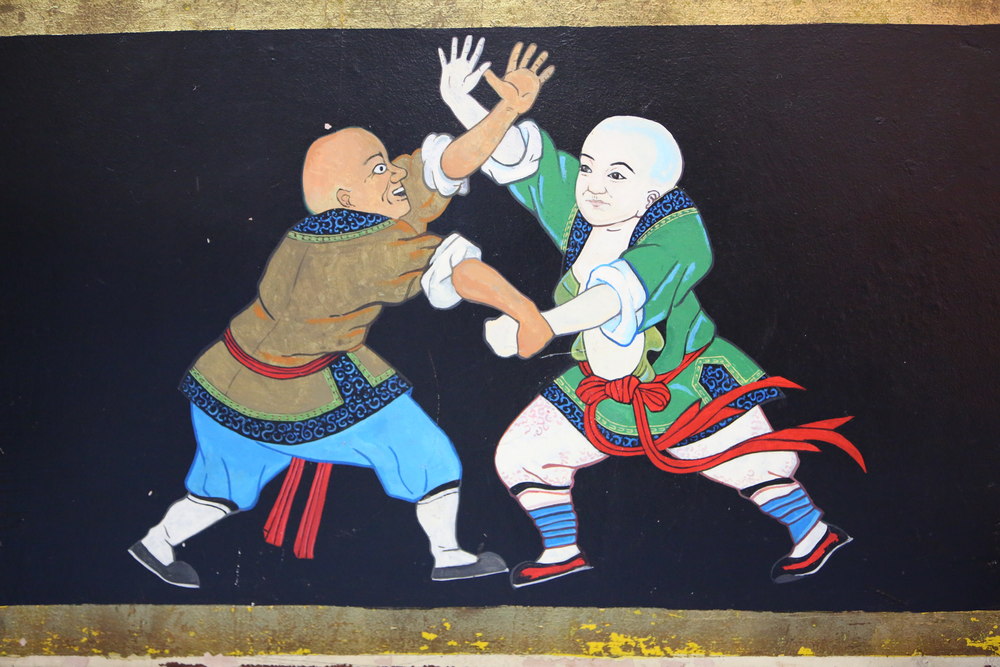 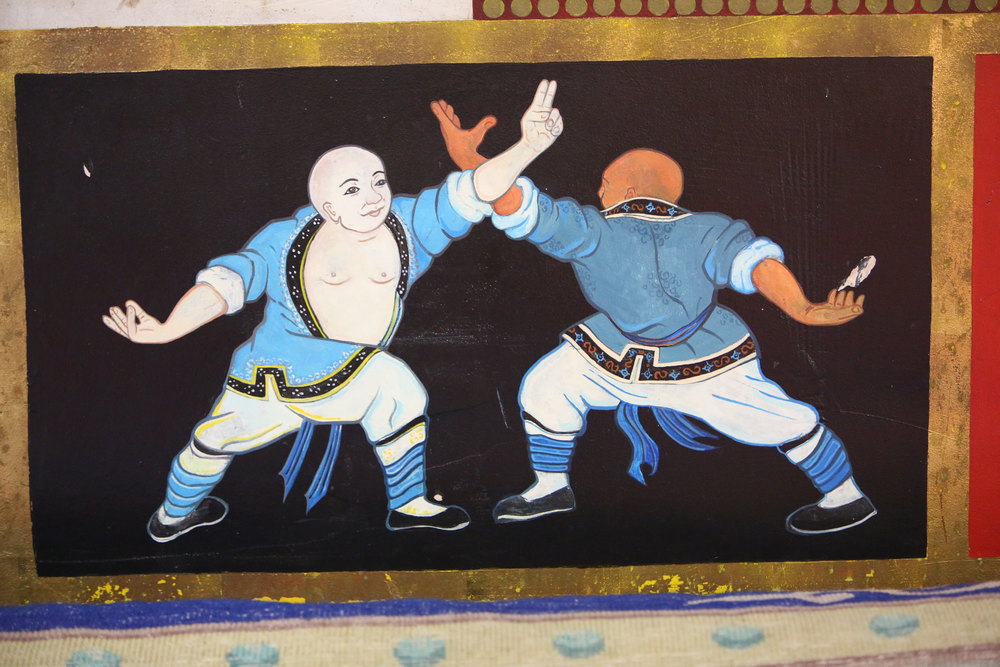 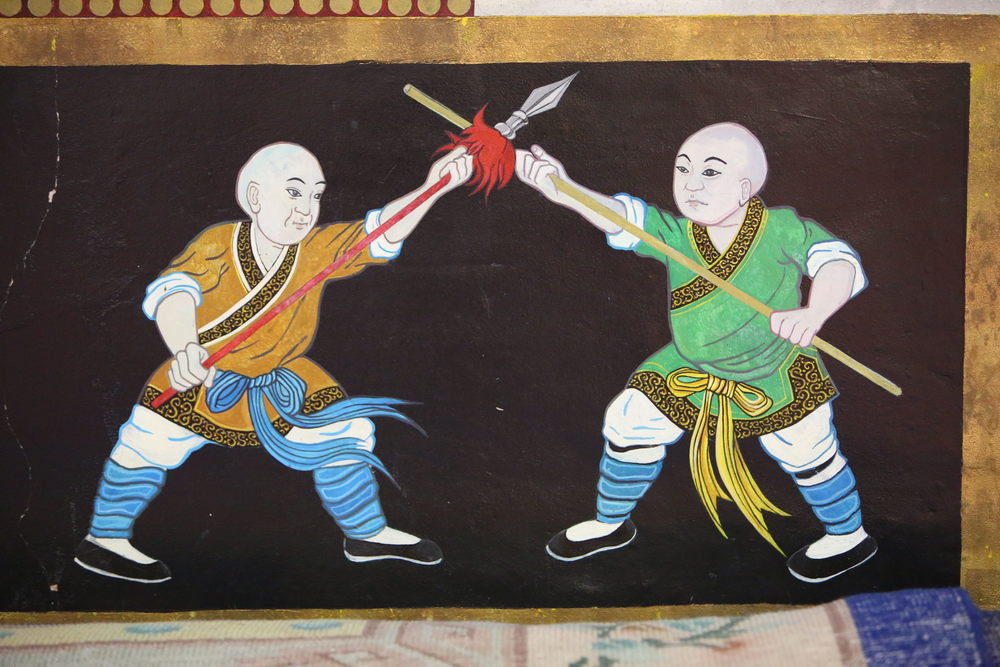 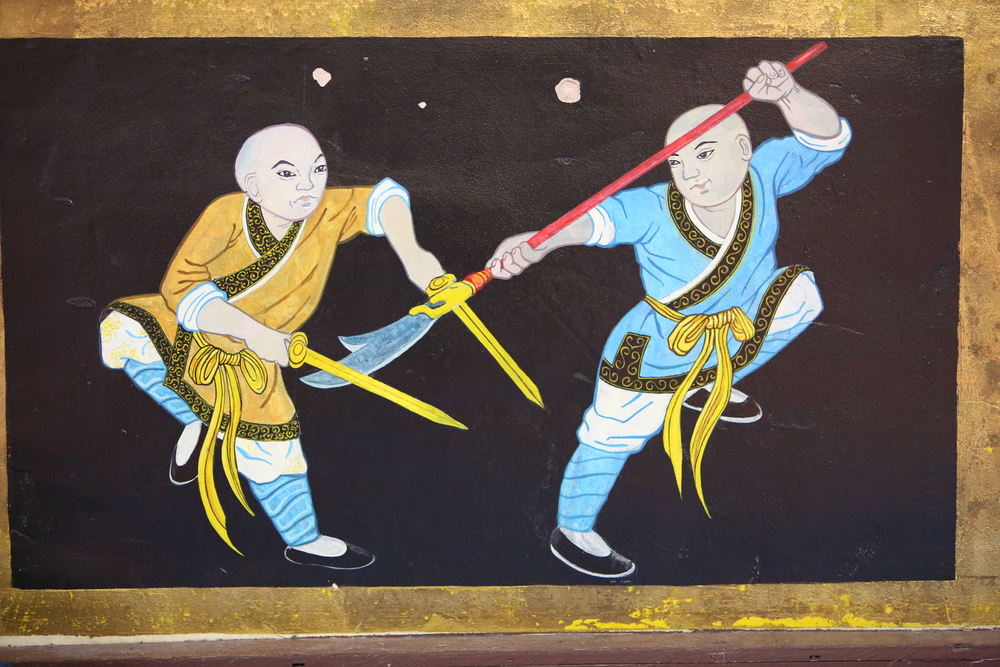 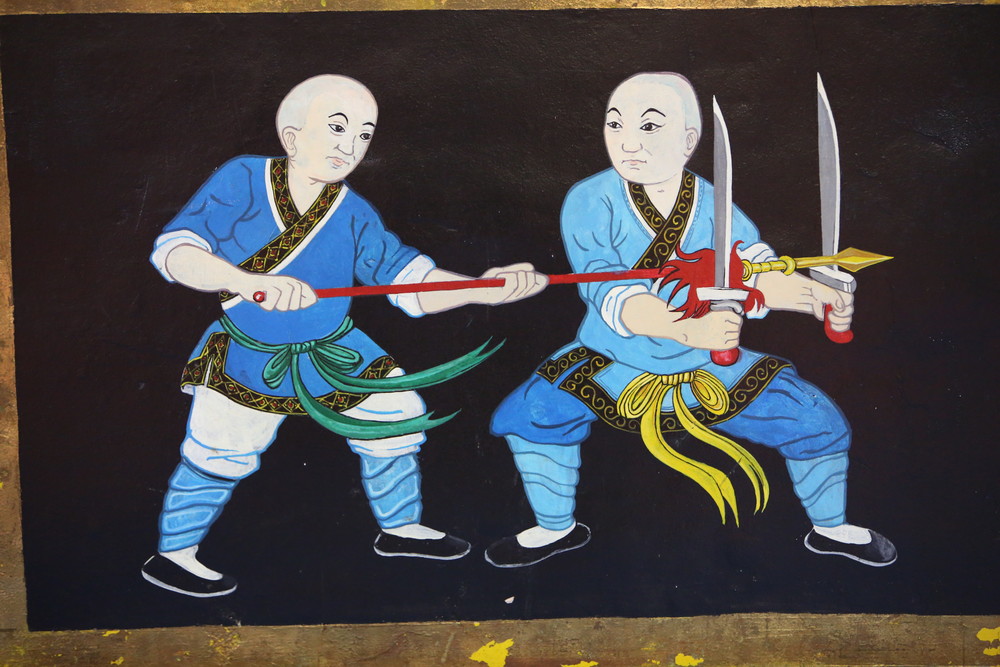 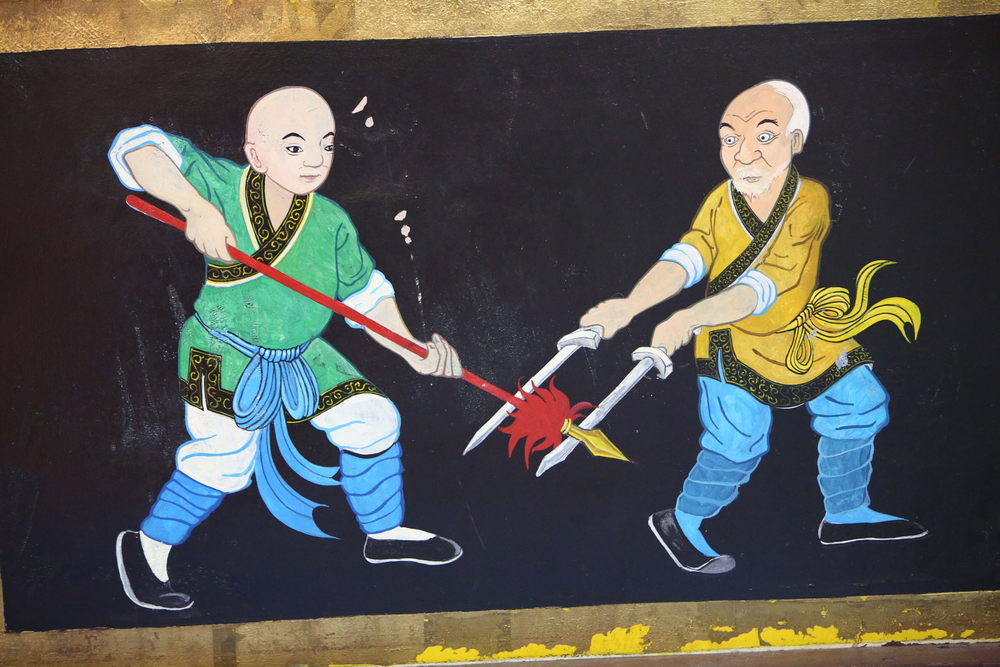 The proper way to learn Gong Fu is to start with an understanding of the body and how it can be conditioned by training. The traditional Chinese classification of the body into the internal and external body is the first stage in acquiring this understanding. Every subdivision of the external body is regarded as having a root, a middle and an end. The roots of the whole body are the legs, its middle is the torso, and the ends are the arms. Respectively then the roots of the legs are the hips, the middle of the legs are the knees and the ends are the feet. The root of the torso is the dantian, its middle is the heart and its end is the chest. The roots of the arms are the shoulders, their middle are the elbows and their ends are the hands. It is only by this understanding that the practitioner of Gong Fu can cultivate an acute awareness of the position of his body at all times when executing movements. When considering the internal body it is most important to understand where lie the ends of all the components. The four essential components of the internal body of which the Gong Fu student must be aware at the start of his training are the blood, the bones, the tendons, and the muscles. It is to the ends of all of these that he must direct his qi at all times when practicing Gong Fu. Knowing that the end of the blood is the hair, the end of the bones are the teeth of the muscles is the tongue he can at all times remind himself to direct his qi correctly. When practicing Gong Fu he should feel that his hair stands on end as if charged by electricity, his teeth are tightly clenched as if biting through iron, his fingers are tightly clenched as if trying to drive his nails through his palms and his tongue is pressed hard against his teeth with a force to break through stone. It is only through a constant attention to what the body is doing and where in the body one’s qi is located that the movements learned will become embued with power and focus. One of the vital elements of Ch’an is attention at all times to one’s actions. Through careful and constant practice of the principal that one should not perform any action without awareness the student acquires mastery of the mind and also the body. This is an example of the Ch’an of Gong Fu and the Gong Fu of Ch’an.

Gong Fu is a practical skill, which makes it important for a student to know whether what he has learned is useful or not. At the beginning the proof comes from having a qualified master. As a student progresses it is necessary to add to this by introducing ways to prove that the training is effective. The STUK approach is to have short reachable targets. Currently in China the predominant approach to learning is to begin with learning basic techniques (1/2years), followed by study of fist forms (1/2 years) then move on to sanshou and/or weapons training.

The problem with this approach is that at any point a student can get stuck because they don’t master a skill. Forms are learned but not mastered – they look good the knowledge is not deep – the move on to a new form and so on and so on (the quickest way to learn nothing is to learn everything) Like making pizza – make one, don’t put in oven, make another one, don’t put in oven, make another one etc etc look around to put first one in oven —- already stale

As you go forward constantly looking deeper into what they already know or more on a superficial level as above.

Gong fu is like a flower – looks good but useless